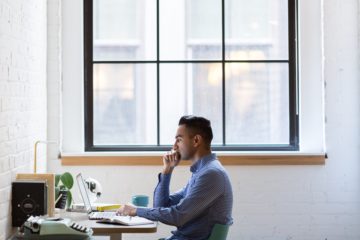 If you’ve asked yourself this question in recent years as your rates have gone up, there are a variety of factors that have played into these increases. First and foremost, we are a nation of distracted drivers. Accidents involving distracted driving have risen 15%+ since 2011. With more accidents come more claims.

Second, repairs for those increased claims are now more costly than ever. Fixing a bumper used to be relatively inexpensive, but today’s vehicles are loaded with pricey technology.  A simple bumper replacement might cost $4,000 now vs. $800 or $100 as recently as six or eight years ago. Basic inflation does not cause dramatic increases of that nature—what’s manufactured into our cars does.

The final reason is likely the most obvious, but also perhaps the most unknown. Insurance carriers are losing money—in some cases tens of millions of dollars annually—on auto insurance. We often hear the assumption that carriers try to avoid paying claims as much as they possibly can.  We will apologize in advance if we sound defensive here, but this notion simply is not true. Of the top 10 auto insurance providers in the U.S., only two were profitable during calendar year 2017, while several lost as much as 11, 14, even 17%. The only way for those carriers to be in the red is that they paid out more in claims then they brought in from premiums.

So what can you do to offset these increases?  Believe it or not, there are ways to decrease your premiums. Many carriers offer discounts if you take a safe driving course. Some carriers will offer you the opportunity to put a tracking device in your car that monitors speed and distance traveled. If you’re a cautious driver that doesn’t travel far, you could reap significant concessions. Improve your credit score. Yes, some carriers use credit as a rating tool and the better your credit, the better your rates.

Most of all, talk to your agent. Ask them what discounts are available. They can help empower you to save some hard earned $$$.